Popa Chubby is the second blues gig I’ve been to and I had such a good time. It was the first time I’ve been to The Stables, in Wavendon but it won’t be the last. It’s a really great venue with helpful staff and its theatre is called the Jim Marshall Auditorium. That’s a musical pedigree I can get behind.

You might be thinking why should I, a metal fan, want to know about Popa Chubby? Well, he caught my attention because of this song from his latest album:

I sat to the left of Popa Chubby and throughout the gig I could see his nude lady tattoo moving while he played guitar so it was like getting a free topless dance show too. He did a Hendrix cover, “Hey Joe” and a cover of “Somewhere Over The Rainbow”.

I’m going to let him in my ears via the medium of the compact disc:

And my husband and I got a photo with him after: 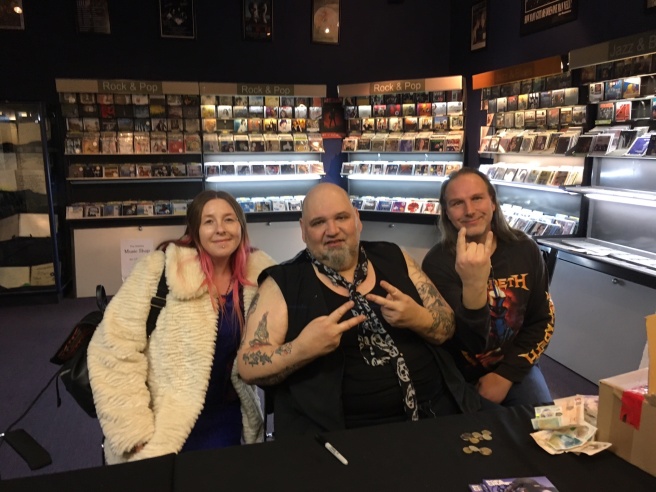 So my second ever blues gig was a very happy occasion!