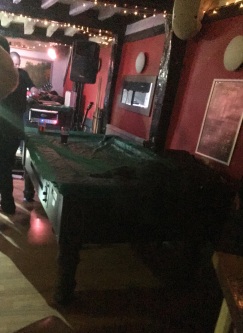 Pool tables being covered over is generally a sign that something lively is going to happen and tonight was no exception.

It’s ten o’clock and Terminus has got to rock (now is a good time to sing “You’ve got to lose your mind in Aylesbury, Rock City!”). The power of Friday and the end of the working week compels them. Also two-fifths of the band are powered by meatballs and spaghetti and they need to blow off some steam.

Terminus started with the blues, giving us a bit of Gary Moore, some Free, and the more current Suffocation Blues by Black Pistol Fire.

Then it got rocky. My personal fave is their cover of Zodiac Mindwarp and the Love Reaction’s “Prime Mover”. I’ve seen this produce looks of delight and looks of puzzlement in the audience. The under-rated Zody isn’t as well-known as obvious crowd pleasers like Billy Idol’s “Rebel Yell” and The Cult’s “Lil’ Devil” but it deserves an outing just for the lyric “Your lipstick flickers round my lightning rod”. It’s pure dirty poetry.

We got some pop-punk next. There was childish pointing at groins while playing Blink 182’s “All The Small Things”. Green Day’s “Basket Case” went down well with the blue haired members of the audience (incidentally, there were enough blue haired people to make me think a randy Smurf lives in Aylesbury).

The stuff I love best in Terminus’s set is the metal; Judas Priest’s “Breaking The Law”, Deep Purple’s “Black Night” and last song of the night, Rage Against The Machine’s “Killing In The Name”. Except this wasn’t the last song of the night tonight because the crowd cried “More, more, more!” so we got a reprise of Blink 182, Green Day and The Cult. 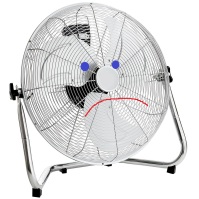 Terminus were less sweaty than usual after the gig because a 20 inch fan has been added to their on stage set up. It’s seeing a lot of nadger cooling action.

After midnight some of the band were eating kebabs in the shadow of Aylesbury Clocktower, discussing their sex lives (or plans to get one soonish) and their upcoming tour supporting Stone Trigger and the spell check frightening Sykko Dollz. This is going to be an adventure! 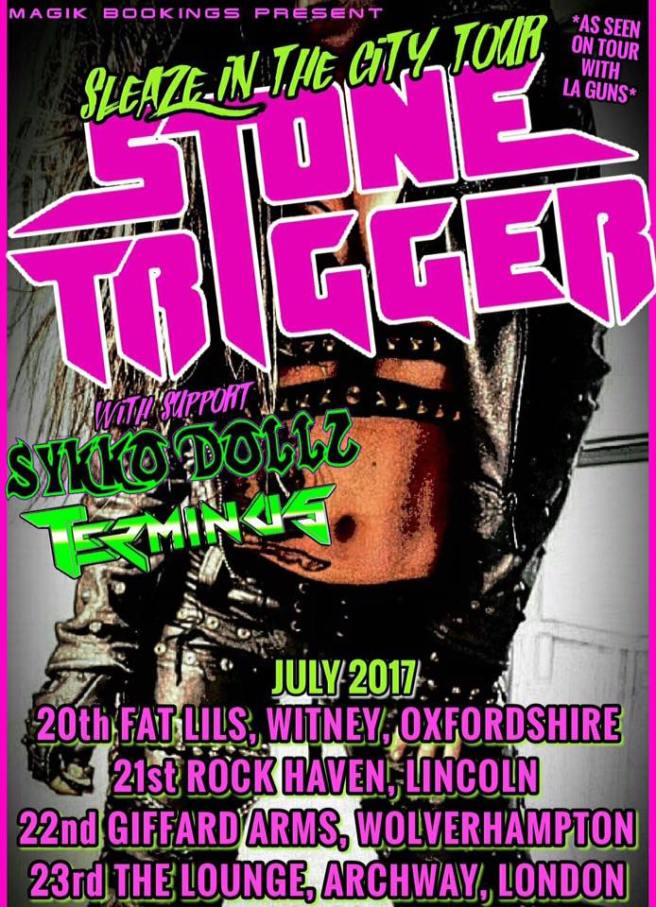 The gig in brief:

Motörhead T-shirts in the venue:  4

Stone Trigger T-shirts in the venue: 3

Time last member of the band got to bed: about 3am.

Likely headline in the Bucks Herald:  Reasonably Priced Fish And Chips Offer Upstaged by Out Of Town Covers Band.

Play along at home puzzler: What is Suffocation Blues By Black Pistol Fire about?

Fake News Item: People in the little houses in the pictures behind Terminus complained about the noise. 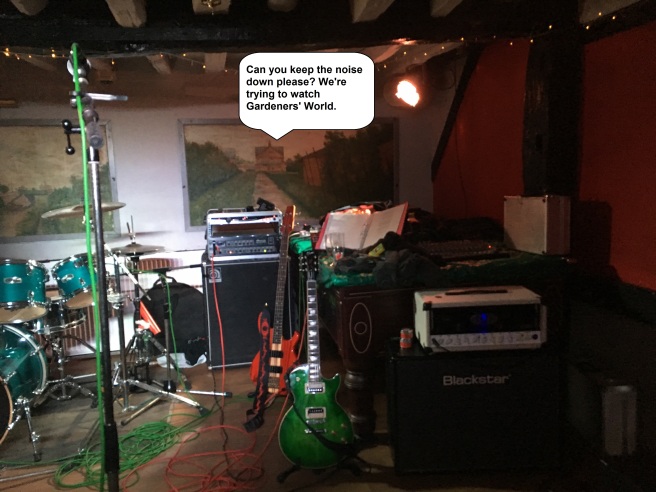