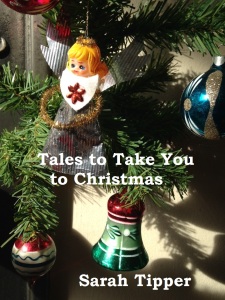 Glitter would stay where it was first put.

The end of the sticky tape would cooperate rather than hiding.

There would be three things, instead of just two, that are actually wanted in a three for two price promotion.

Queues would be patient and tut free.

Weight loss diets would not be mentioned.

No one would refer to Christmas as the C word.

Velvet dresses would not attract fluff.

Flatulence would smell of cinnamon.

No-one would catch a Santa smoking in a car park behind his sleigh. 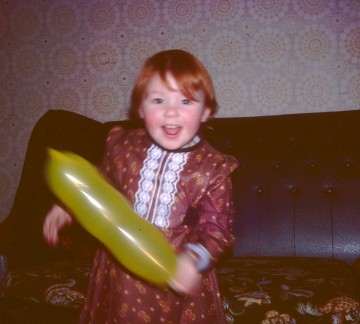 Blown up balloons would be easy to knot.

Factory workers would make paper snowflakes to decorate the windows.

The tuneless would be able to sing carols well.

We’d write a letter to Denmark thanking them for creating Danish butter cookies.

Pop up Christmas markets would be less like a budget shed showroom (I’m looking at you, Milton Keynes).

Cream would be offered with everything sweet.

Sage and onion stuffing would be offered with everything savoury.

Hats from crackers would be adjustable for those with a non-average head circumference.

No-one would draw attention to someone else’s non-average head circumference.

Fortune telling fish would tell everyone they were passionate (and so they would be, who argues with a plastic fish?)

Everything would come with batteries included.

Sequin dresses would not shed their sparkly discs.

Everyone would find time to light an advent candle and be still for five minutes, appreciating the season.

Jeffrey would work on the till in Toys R Us.

Only the people who like figs and dates would actually buy them.

Woolworths would reopen and the Woolies Winter Wonderland catalogue would be distributed to every home in the land.

Traffic wardens would be excused their usual duties and would instead hand out chocolate coins to motorists.

My spontaneous jokes would get a warm reception. Sample joke: Who is the Queen of Soul at Christmas? A-wreath-ra Franklin!

There would be a TV channel dedicated to people opening advent calendar windows.

Everyone would wear red silk underwear. The first day of wearing it would be known as winter draws on day.

Things that are better left unsaid by elderly relatives would remain unsaid.

Municipal Christmas lights would be switched on by a proper celebrity (not someone from reality TV) or a good old fashioned Mayor or Mayoress complete with gold chain of office.

Doctor Marten boots given as gifts would fit comfortably and wouldn’t need months of wearing in.

When making a Blue Peter advent crown the coat hangers would readily take on the shape required (and safe baubles would be used instead of fire risk candles, have a word with your dangerous nineteen-seventies self).

The Christmas pudding flavour Kitkat would be made again. 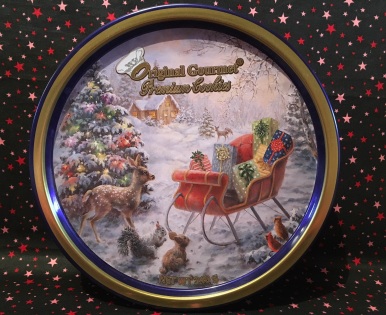 Denmark would write back thanking us for our thank you letter and sending us a tin of cookies big enough to use as a swimming pool once all the cookies have been eaten.

Hairdressers would be able to book you in the day before the big party rather than the day after.

All pastry would be light and crisp.

One hit wonders The Sultans of Ping would rewrite their hit to be about a Christmas jumper.

Putting mistletoe under your pillow would allow you to dream of the person you’d kiss next.

Grown men would get the train sets they had always wanted.

Grown women would get the train sets they had always wanted.

Donkeys in churches would behave well.

Tights and stockings would not ladder.

Satsumas would be wrapped in bright tissue paper.

Josephs would not go missing from nativity scenes (this happened to me so I replaced him with a Count Dracula of about the right size).

Poinsettias would be hardy.

Nesselrode pudding would be in every supermarket freezer section (Google it, it sounds yummy).

Office managers would stop work early to read stories to their staff.

Everyone would be allowed a day off for Christmas shopping.

Satsumas would not be aggressively squirty.

No one would wet themselves during a nativity (even if frightened by a Count Dracula).

Homemade gifts would turn out as imagined instead of looking like the work of a slapdash, badly co-ordinated six-year-old child.

Brazil nuts would be easy to crack.

Cats would sleep peacefully under Christmas trees instead of leaping up them to attack something invisible once every four hours.

No hamsters, rats, gerbils or other family pets would die.

Stomachs would not require Rennies.

Nail varnish would not chip.

Russ Abbot’s “Atmosphere” would be played in shopping centres.

Noggs other than egg would be available for vegans (Veggnogg?)

Everyone would take a turn at working in a shop.
Carol singers would know the second verse.

Battenberg cakes would be seasonally altered. They would be red and green sponge squares with white marzipan.

The Queen’s speech would have a couple of good jokes and Prince Phillip would appear at the end in a party hat.

Gloves would remain in pairs with the strength of childhood sweethearts.

Everyone would believe in Father Christmas.

Grown women would get the rainbow legwarmers they always wanted.

Grown men would get the rainbow legwarmers they always wanted.

No one at a work do would resort to the safe but dull topic of work.

All drinks would have a mulled option.

Everyone would have a wonderful Christmas and a happy New Year.