Today I ask if Terminus was an animal, what animal would it be? Also, would they go to a gig to watch the hologram of a dead musician perform? And if so, who would they like to see?

The animal Terminus would be quite a beastie if you took all five answers and imagined the resulting creature.

All the chaps had a good reason for their answer. John chose panda because they’re fat, lazy and have rubbish sex lives. Noel picked a herd of spiders* because Terminus is just as uncontrollable. Dean chose the goat for being satanic, yet friendly.

We had two votes for elephant. Steve’s reasoning was because elephants are overweight and full of shit (I think they’re being too hard on themselves, I prefer to think of them as cuddly and keen to share their opinions) and Liam chose elephant because of loudness.

We’ve ended up with Terminus being a spipandelephoat (my spell check hates this word and wants it to be radiotelephone). The spipandelephoat has the legs of a spider and the legs of a goat, with the head of an elephant and the fluffy bottom and body of a panda. If anyone can draw it, or a herd of it, I will reward them with a biscuit.

There are sadly a lot of musicians who’ve checked into the big after party in the sky. We miss their huge talents. One of the reasons I love covers bands is because they can play music that can no longer be heard live by the original artists.

So, would any of Terminus watch a hologram? We have three negative answers and two positives. 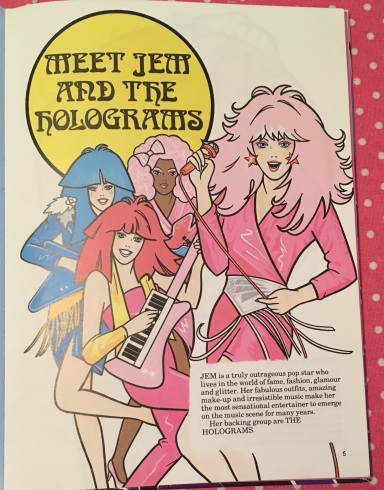 Dean says he wouldn’t pay for a hologram. He says “Long live live music!” John also says no. Steve answered “No, I don’t want to see Dio!!” He’s referring to the use of a Ronnie James Dio hologram at Wacken 2016.

Perhaps the best holograms are still Jem and the Holograms from the late 80s cartoon.

*Yeah, we know the collective term for spiders is more usually a cluster or a clutter. But Noel and I much prefer herd.

**Science fact – Freddie Mercury is no longer allowed to be used in the manufacture of thermometers, having been replaced with the safer alternative ethanol. Freddie Ethanol doesn’t have the same ring to it somehow.

Which pencil should I take to vote? 😀#vote #localelections2021
P. G. Wodehouse is perfect Sunday reading 🙂 #bookstagram #wodehouse #amreading
The first two of my books about growing up loving metal are free on Kindle today 🙂🤘🏻 #bookstagram #freekindlebooks #metalmusic
Close up of a lemon cake 😀 #homebaking #cakesofinstagram
This is my happy just got vaccinated face 😀 #vaccinationdone✔️ #vaccine #tattoo
Today is #stgeorgesday and #shakespearesbirthday so I’ve made some bunting to celebrate 😀🏴󠁧󠁢󠁥󠁮󠁧󠁿✍️
Loading Comments...
Comment
×
%d bloggers like this: