11 about the human condition,

5 about rejection of social norms 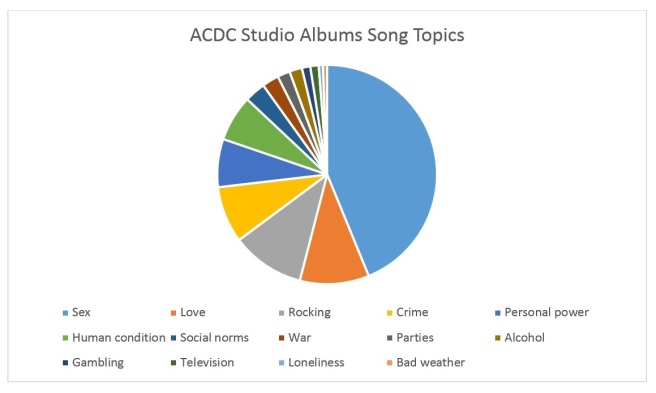 What I’d really like to do now is put all the AC/DC lyrics into some software (maybe NVivo) and answer questions like how many times have AC/DC used the words honey and hard? I’m also working on rewriting “Have a Drink on Me” to be about eating biscuits and having sex. It’ll be re-titled Hobnob with me. Watch this space…