Today Terminus talks favourite pudding and the likely causes of the end of the world.

I don’t know the favourite pudding of any of my musical heroes. I’d guess that Danzig likes a Black Forest gateau and that Dave Mustaine likes a lemon cheesecake but this is pure conjecture. I do know what Terminus like best for afters, and now, so can you…

We’ve got some chocolate agreement and strawberry disagreement within the ranks and Noel’s gone old school with his choice.

Anyway, moving from pudding to doom, one meaning of the word terminus is end, so I thought I’d quiz the chaps as to how they think the world will end? 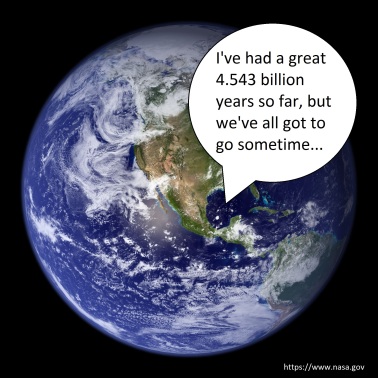 Steve says he hasn’t a clue, but John will know.

John thinks it’ll grind to a halt with red tape, bureaucracy and health and safety.

Dean reckons mankind will be annihilated by antibiotic resistant diseases and the earth will be destroyed by alien planet miners. He also thinks it might be ants that wreck the planet.

Until then, Terminus will keep on rockin’ in the free world.